For example, let's say you're working in a studio with no calibrated screens.  You're lighting an environment (this comes up with texturing characters and environments as well, but is especially obvious with lighting when you're setting the black levels for the game).  You have your real world reference, and you think you've matched that pretty well. You have some nice contrast and areas of light and dark, and you've run around in game to make sure everything is still readable for gameplay.  So you send the level over to your art director for review. They let you know some areas are too dark, and they'd like the color palette shifted a little cooler. Now here's the problem - you don't know if this feedback is purely art direction (which is good) or if this is just compensating for the differences between your and your art director's screen.  Maybe their screen is really high contrast with crushed blacks, so they'll naturally make things brighter to compensate, maybe your screen is really saturated, so you'll be making things less saturated.

And this is a best case scenario - assuming that you're only getting review notes from one person. Over time you'll learn to compensate. You'll make you're scene lighter or darker, more or less saturated, depending on the feedback you've been receiving.  But you rarely ever receive feedback from just one person.

A normal studio with a decent sized production may look more like this: On Monday, your AD plays the level on his monitor (which is too bright) and asks you to drop the shadows to get contrast back in the scene. You do, then on Tuesday QA plays the build (on screens that are too dark) and let you know they can't see the gameplay, so you brighten the scene back up a little bit. Then on Wednesday there's an exec review on the crappy TV in the meeting room, which is super dark and saturated, and now you really have to brighten things. And then the whole loop starts all over again.

On top of this, usually you won't know exactly where this feedback is coming from - or what screens were used. So you'll spend a portion of your time just tracking down who was playing the game where, so you can check the values on that specific screen for yourself. Otherwise you're really shooting in the dark, trying to guess what everyone else is seeing. An art director or lead can mitigate this (i.e. that feedback was from this meeting room with the shitty screen, don't worry about it) but then while you're not losing as much time chasing rogue feedback, they are, which still isn't great.

But wait, I hear you thinking, when we ship our game most of our player's won't have calibrated screens. If we calibrate our screens, aren't we seeing the game in a way that most people never will? Isn't it better to have all these different colors and brightness levels to our screens, since then we get an average of what real players will experience?

This is an important point - unfortunately there are thousands of ways your players' screens could be calibrated - slightly bluer, darker, brighter, saturated, etc. No matter what you do, you'll be making some screens better and others worse. If someone really wants to play your game exactly the way you want it to be viewed, they will calibrate their screens, or even have a professional calibrate their stuff. Most people won't. Some may even prefer poorly calibrated screens - like the TVs in stores that have their saturation cranked like crazy. That's out of your hands, they have a right to chose how they want to view media. 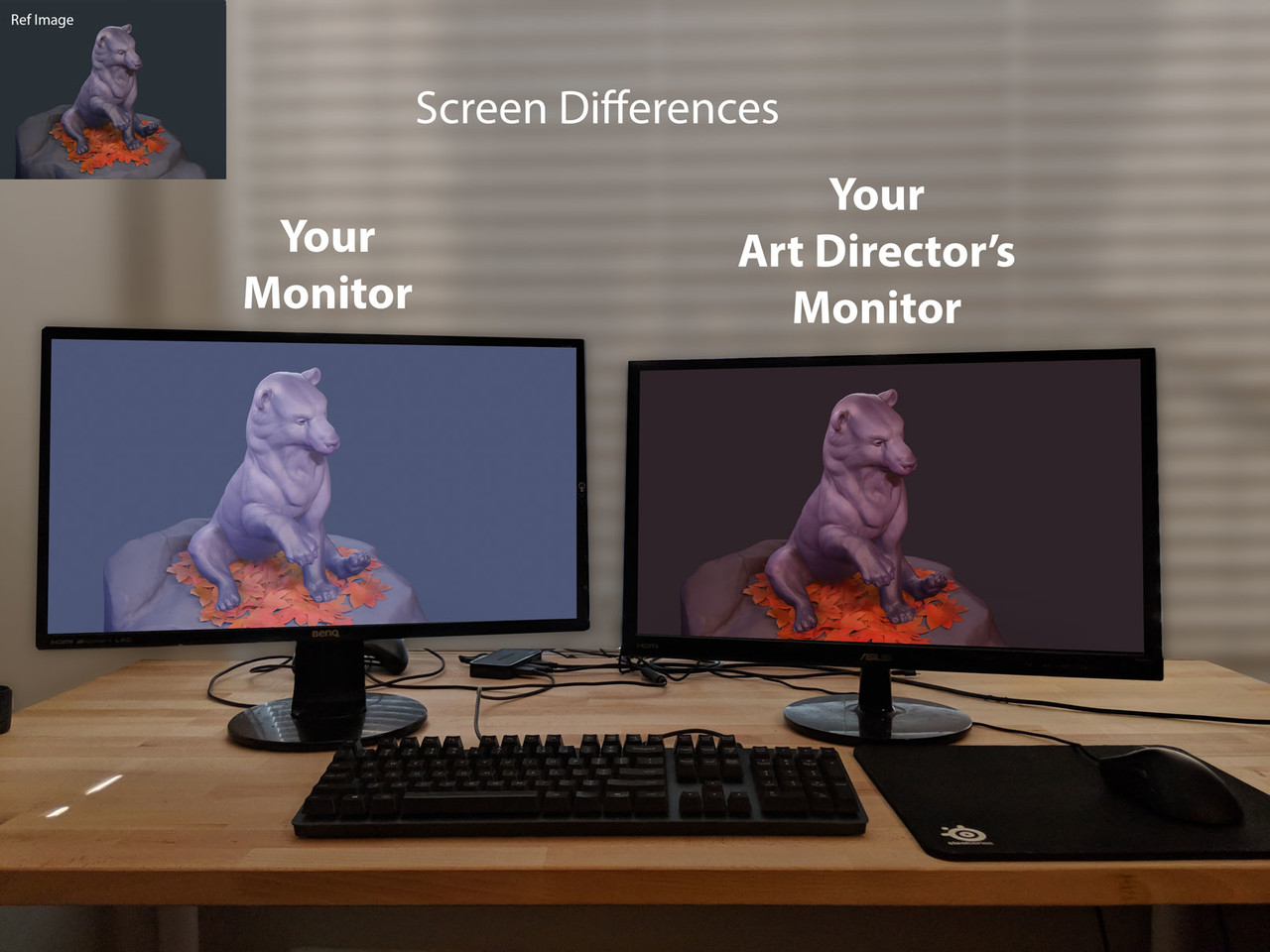 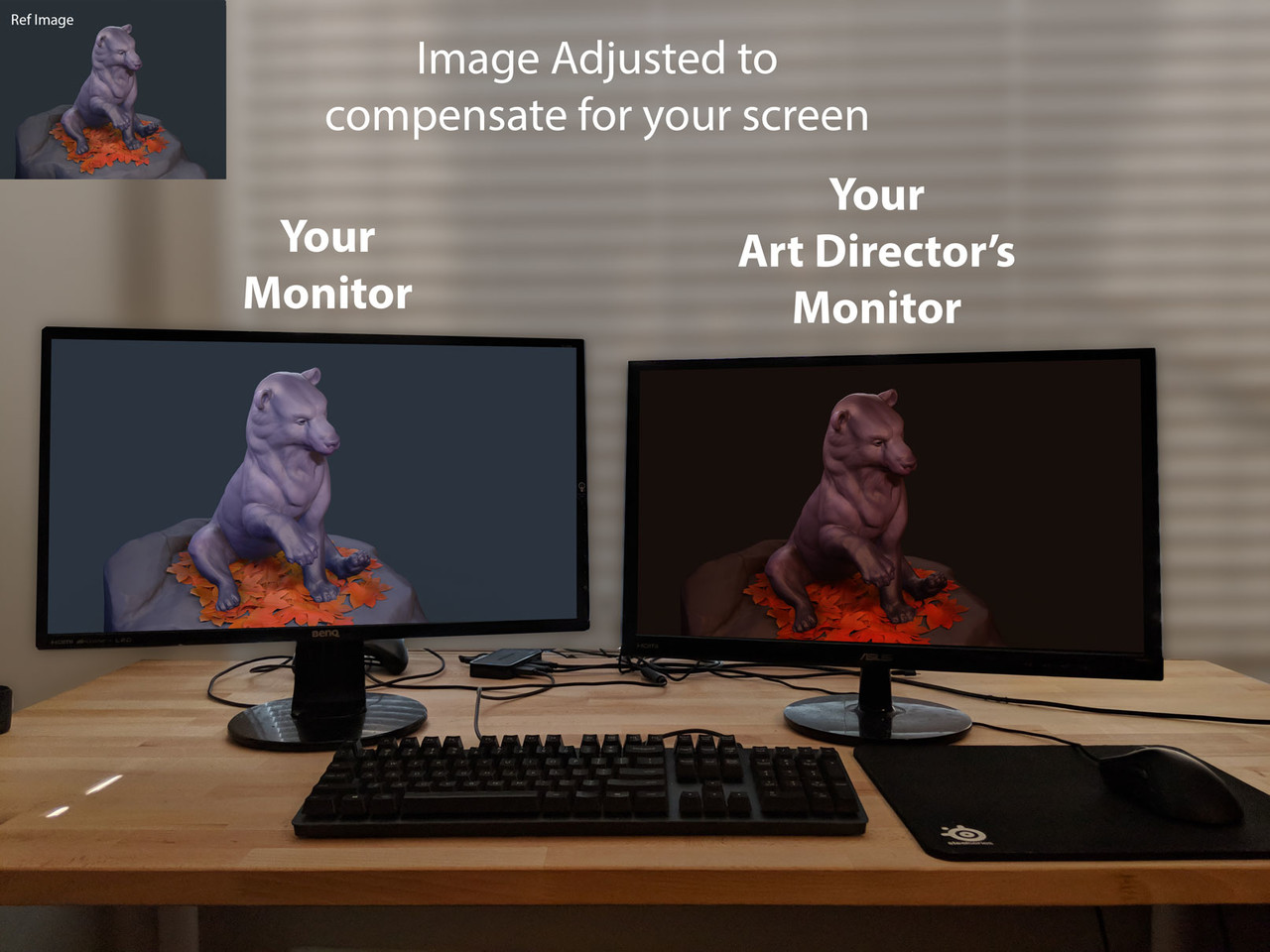 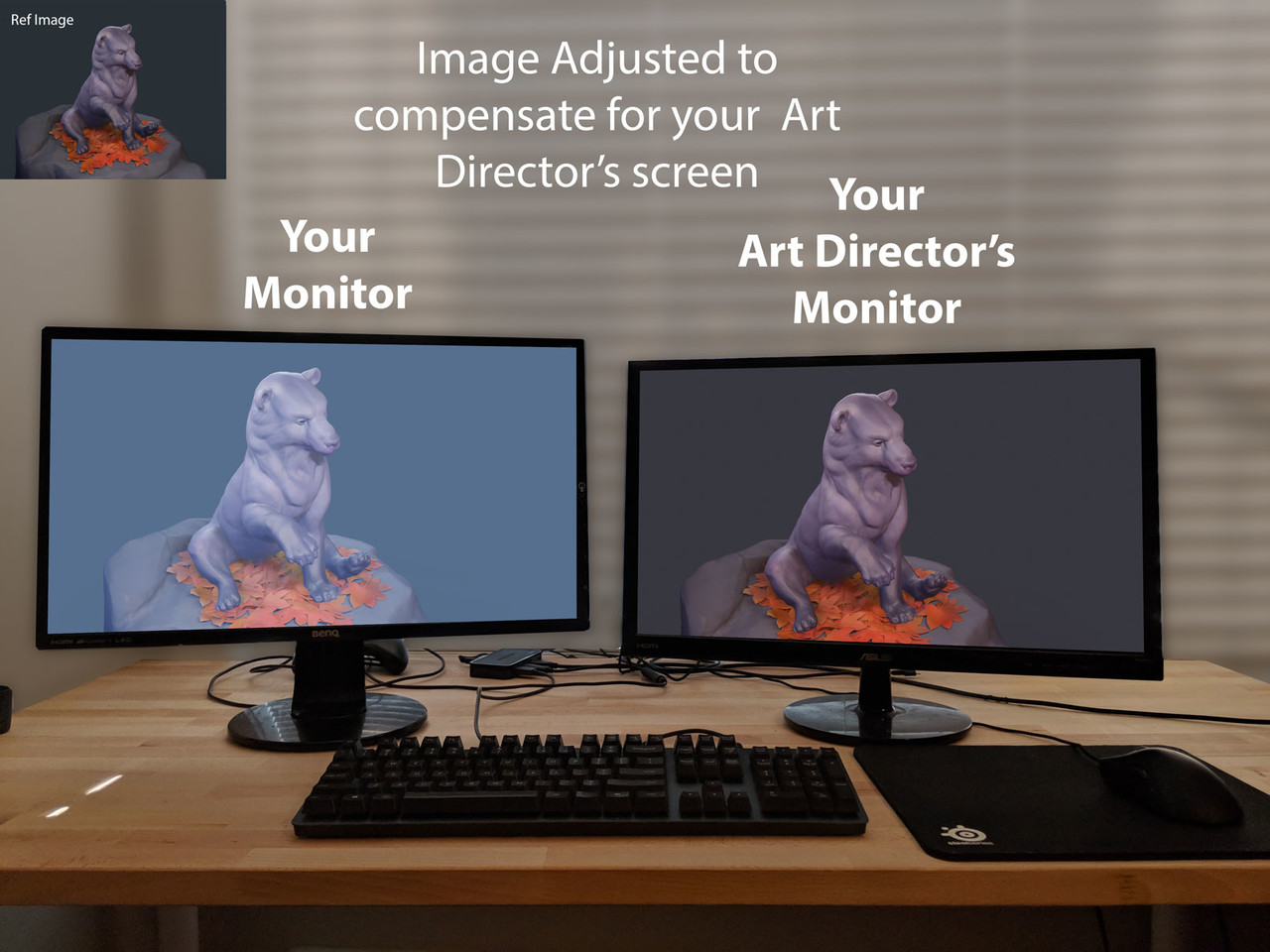 The most you can do is ask you player to calibrate at the beginning of the game. If you've ever started a game and, before you play, an image and a slider pops up and they ask you to adjust until the image is just visible - this is you adjusting your luminance.  And even with this your player could choose to set the scene overly bright or dark, depending on their preference. 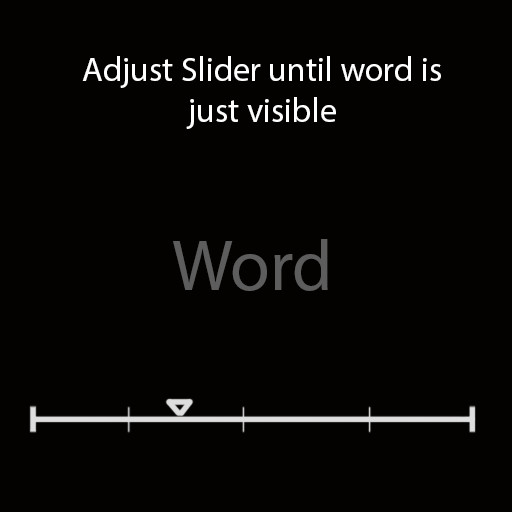 And you can still get a feel for how your game will show on different uncalibrated TVs and monitors. But they shouldn't be randomly placed throughout the studio. You should have a few different screens, all beside each other so you get a real picture of how they compare.

There's enough conflicting feedback within a studio, without adding in the additional confusion of different screen settings. Calibrate your screens, it will save you time and minimize your art team running around in circles.

Thank you for reading!